The QuBEc cup was a fantastic event held yesterday in the Queen’s Hall. We were joined by four other schools including King’s College, King’s Worcester, Dauntsey’s School and Bristol Grammar School.  The tournament took the form of all schools playing each other and leading to a semi-final and final in the afternoon.  Each team of Economics or Business had to answer a general knowledge question followed by either a Business or Economics question.  It was a competitive event enjoyed by all.

The semi-finals and finals in the afternoon were both Queen’s College v King’s College and were very tense.  It looked like King’s were going to win the final but in the end Queen’s managed to pull it out of the bag to win the tournament and the Quebec cup.  The winning Business team included Edie, Ted and  Millie who all contributed magnificently with having excellent general knowledge as well as A* Business knowledge.

Congratulations should also go to Hattie , Hew and Dylan who were also brilliant and ended 3rd in the tournament.  Huge thanks should go to Ms Rust for organising and delivering the day and making it so much fun for the students.

We use cookies on our website to give you the most relevant experience by remembering your preferences and repeat visits. By clicking “ACCEPT ALL”, you consent to the use of ALL the cookies. However, you may visit "Cookie Settings" to provide a controlled consent.
Cookie SettingsReject AllAccept All
Manage consent

This website uses cookies to improve your experience while you navigate through the website. Out of these, the cookies that are categorized as necessary are stored on your browser as they are essential for the working of basic functionalities of the website. We also use third-party cookies that help us analyze and understand how you use this website. These cookies will be stored in your browser only with your consent. You also have the option to opt-out of these cookies. But opting out of some of these cookies may affect your browsing experience.
Necessary Always Enabled
Necessary cookies are absolutely essential for the website to function properly. These cookies ensure basic functionalities and security features of the website, anonymously.
Functional
Functional cookies help to perform certain functionalities like sharing the content of the website on social media platforms, collect feedbacks, and other third-party features.
Performance
Performance cookies are used to understand and analyze the key performance indexes of the website which helps in delivering a better user experience for the visitors.
Analytics
Analytical cookies are used to understand how visitors interact with the website. These cookies help provide information on metrics the number of visitors, bounce rate, traffic source, etc.
Advertisement
Advertisement cookies are used to provide visitors with relevant ads and marketing campaigns. These cookies track visitors across websites and collect information to provide customized ads.
Others
Other uncategorized cookies are those that are being analyzed and have not been classified into a category as yet.
SAVE & ACCEPT
Powered by

Join us for our open mornings

Come and join us for one of our Open Mornings and discover for yourself why Queen’s College is the family school of choice in the South West. To register your interest in attending click here. 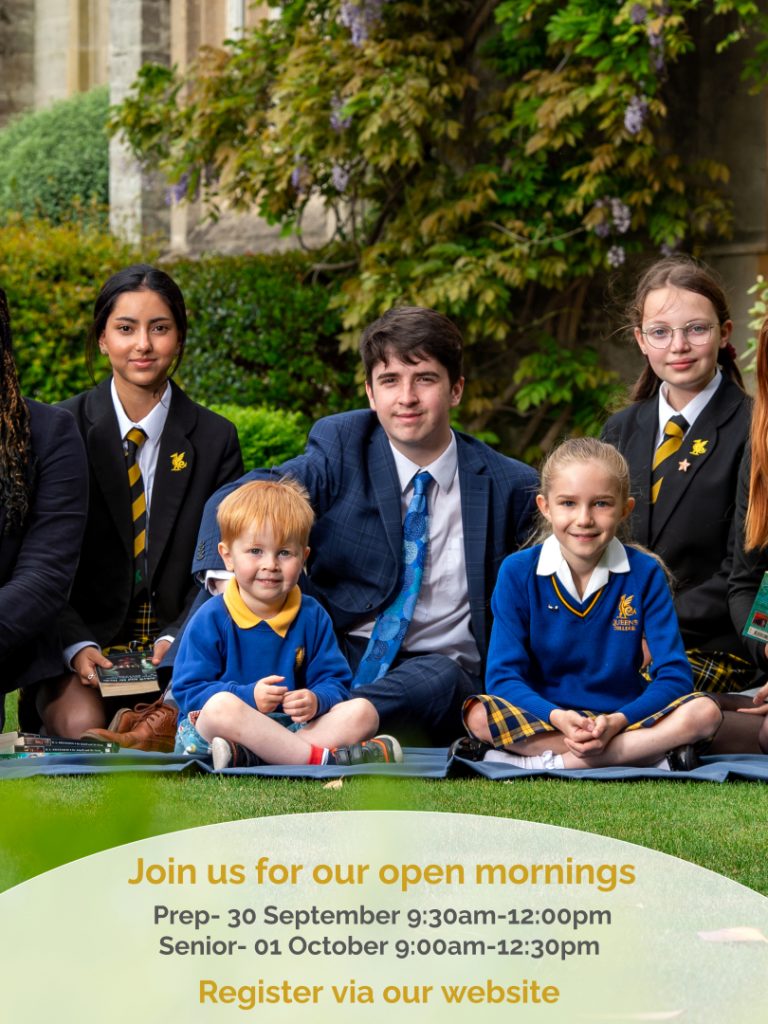